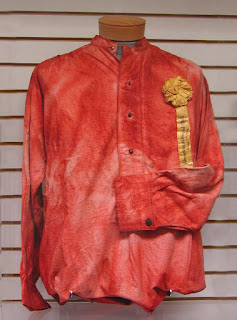 When the War for Southern Independence ended in 1865, the "Second War For South Carolina's Independence" began.

This war was conducted during the dubious time of "re-construction." Under Union occupation, forty percent of South Carolina's women wore black; 48,000 of South Carolina's men were dead, disabled, or disenfranchised; and hundreds of thousands of acres of land were stolen from landowners by corrupt carpetbaggers and politicians who had infiltrated the state. Such strife gave no bias to race or gender, as both black and white families suffered in abject poverty at the hands of corrupt legislators and governors.

By 1876, South Carolinians had enough and decided to cast off the yoke of oppression. Led by former Confederate officers, both black and white South Carolinians joined together to rid the state of the regime that had caused "more destruction than the entire four years of war." They called themselves "The Red Shirts." And in just one night, from the coast to the mountains of South Carolina, one hundred thousand red shirts were sewn, dyed, and distributed to a waiting "army."

Through heroic efforts and, at times, bloody sacrifices, the Red Shirts drove the invaders from South Carolina's soil, placed General Wade Hampton in office as Governor, and instituted the democratic rule of government that exists today.

In our museum, a red shirt is on display that was worn by "Colonel" Thomas Bissell Crews who was a Confederate cavalry officer in Hampton's Legion for four years. He was also a prominent newspaper editor and legislator from upstate South Carolina. Colonel Crews was but one of many who led South Carolina out of the greatest suffering in the state's history.
Posted by SCV Camp 36 at 6:27 PM